It's currently 2011, but when you fire up your game console, put your hands on the controller and play the new Dead Space 2 video game, you're warped into the future— into the year 2511— just 3 years after the events that took place in the first Dead Space.  And it's sure to be a beautiful, frightening, futuristic experience. 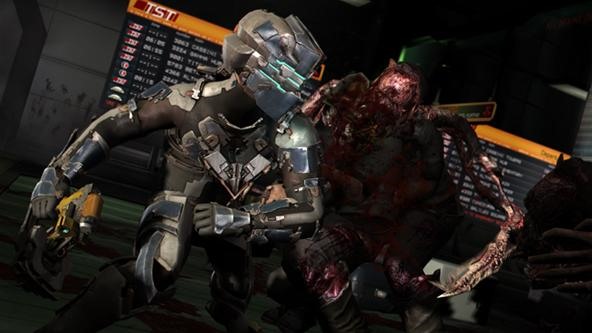 Engineer Isaac Clarke returns in Dead Space 2 for another blood-curdling adventure in the sequel to the critically acclaimed Dead Space.

After waking from a coma on a massive space city known as "The Sprawl", the lone survivor of a horrific alien infestation finds himself confronting a catastrophic new nightmare.  Battling dementia, hunted by the government, and haunted by visions of his dead girlfriend, Isaac will do whatever it takes to save himself and dominate the gruesome onslaught.

With an arsenal of tools to dismember Necromorphs and new determination, an engineer will bring the terror to space.  [via EA] 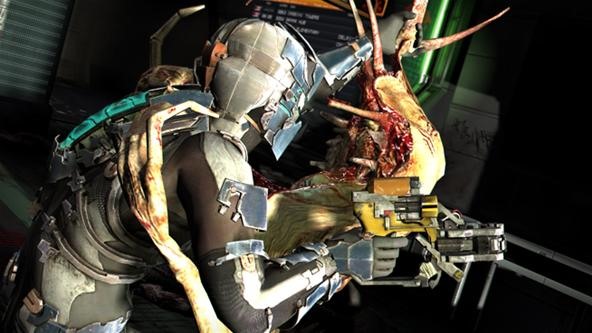 And yes... even though it was just released to gamers in North America (Europe will see it on Friday, January 28th), there are already walkthroughs and video guides for the horror-filled survival game, which now boasts a multiplayer mode, something the original Dead Space didn't.

Something else it has it more achievements and trophies, and this is your achievement and trophy guide for Dead Space 2. 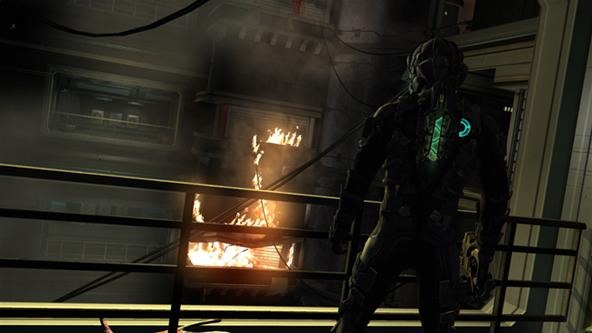 And below the videos are the remaining achievements listed for your reference.

Get through the first Zero-G area

Taste of Your Own Medicine (20G)

Kill a Cyst by catching its Mine and throwing it back

Achievement information from Xbox360Achievements.org.  Images from the Dead Space 2 website.

Ha, sending to my husband, who bought it last night.