Kill with skill. That's the motto of the newly released Bulletstorm, available on PlayStation 3, Xbox 360 and Windows. It may sound ridiculous and somewhat obnoxious by itself, but it's actually in regards to its many "ridiculous skillshots" that a player can perform. And yes, ridiculous skillshots was an actual quote, straight from Epic Games.

To expand on that: "Every enemy presents a new opportunity for stylish, over-the-top and ever increasingly bloody ways to take them down." 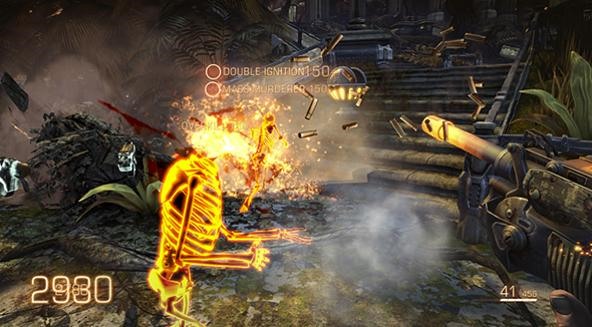 From the start, Bulletstorm seemed to be a controversial game, due to its excess profanity and gory mutilation of private parts. But overall, it's a "violently charming popcorn shooter that plays well with some great design."

And for all of you achievement and trophy hunters, you've probably already bought it and are trying to earn all 51 Bulletstorm achievements and trophies. Well, to further aide you in your quest for Gamerscore domination (not that I'm saying you need it), this Bulletstorm guide list all of the achievements/trophies for your convenience, with a few video guides along the way.

Here's the complete list of achievements and trophies for Bulletstorm.