Not being much of a video game buff, I haven't been in the loop when it comes to the enormously popular game Red Dead Redemption. Apparently the game is completely dominant in video game sales. Since it's May 18 release, over 5 million units have sold, making it the most popular game since Modern Warfare. 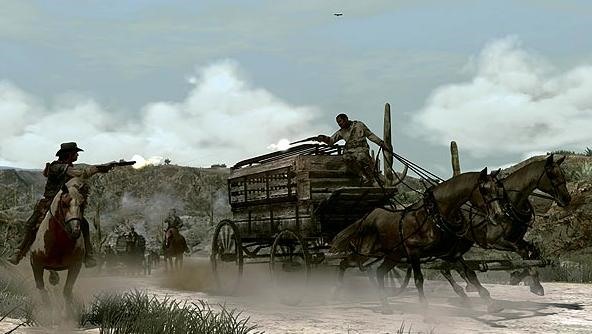 Luckily for WonderHowTo, we have a Red Dead Redemption expert in our midst.

JD Coverly of WonderHowTo World, Load Save, describes the game as such:

"Red Dead Redemption is hard to pin down in game play and story. The game offers this massive multi-layered world in which the player can roam freely, offering plenty of challenges, beautiful graphics and atmosphere for the player to experience. Yet after some point the whole world feels barren and unchangeable, and your achievements are nothing more than a trophy that does not matter in the sandbox world the player resides in.

The story, told in three arcs, offers an inconsistent narrative of strong emotional scenes mixed with watered down and story-padding missions. The story and the game play are rigid and unchangeable, perfect for a short play-through but difficult to finish in the long term."

He has painstakingly chronicled his entire experience with the game, until recently beating it, resulting in an incredibly thorough review in two parts (with spoilers): 1, 2. Visit JD's World and search Red Dead Redemption, or link directly to his posts here:

I heard a lot of bad things about this game where an object would be switched with another. So for example, a human flying around like a bird.
Heres a vid --> https://www.youtube.com/watch?v=1sTonjFnE94

Yes it's really buggy. There are a couple of videos where you see flying deer or mountable humans. Personally the game froze on me close to a dozen times playing it.

I think this game is the ish! Ever since I got the achievement for killing a woman with a train, I've been addicted to it. (That part, I was being sarcastic. But I do really like the game. It's fun.)

I guess that achievement is equivalent GTA's killing a hooker after using her and getting your money back. Also, what was up with no women bandits? I think we can handle killing both sexes just fine.