Gears of War fans around the world are excited (possibly drooling) over the upcoming release of the third installment in the series, Gears of War 3. There's a lot of hype about the game and its new features, which includes a 4-player co-op mode and a slew of new female characters. But there's one problem—it doesn't come out until September 20th. But for a lucky circle of gamers, the Multiplayer Beta just opened up today.

If you want in on the action, there's a few ways to go about it: 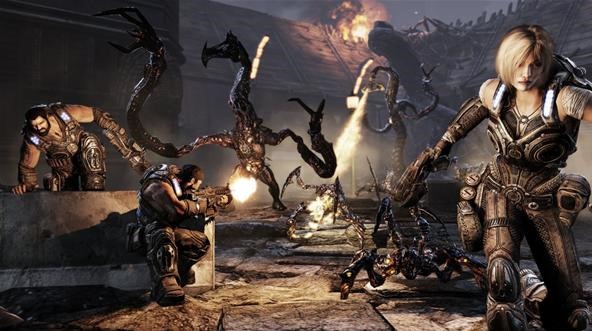 The Mulitplayer Beta features a Team Deathmatch mode on four new maps (Thrashball, Checkout, Trenches and Old Town), along with two other modes, Capture the Leader and King of the Hill. Bleszinski recently tweeted the schedule of events:

There's also a "surprise event" weekend that you'll want to keep an eye out for.

One thing that's great (besides helping improve a potentially awesome game) is that all of the exclusive content you unlock will transfer over to the full retail release of Games of War 3 when you grab it in September. See below on how to permanently unlock the content.